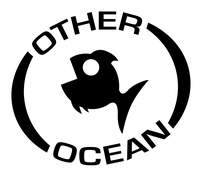 Founded in 2006, Other Ocean Group develops video games for the industry’s most established publishers. Our games are played by millions of people around the world.From colossal console franchises including Minecraft and Mortal Kombat, to massive mobile games Simpson’s Tapped Out and Super Monkey Ball, we have worked with some of the most prestigious brands in interactive entertainment.
We also work with a diverse list of entertainment partners such as Capcom, Microsoft Game Studios, Sony Computer Entertainment, Disney, Konami, Electronic Arts, Sega, Verizon, Nickelodeon, Warner Bros, and many more.
Because Other Ocean specializes in exploring and exploiting new technologies, our intellectual properties are constantly breaking new ground. Our Xbox indie hit #IDARB, was the first game to enable spectator interactivity via Twitch and Twitter, and we were one of the first to explore an open-world virtual reality experience in Giant Cop.
Our studios are based in Emeryville, California; Charlottetown, Prince Edward Island; and St. John’s, Newfoundland and Labrador; Canada. We also develop titles in partnership with Secret 6, based in Manila, Philippines.
The company has been named to Develop Magazine’s “Top 100 Game Studios in the World” and has won the Ernst and Young’s 2011 special citation for Product Innovation in Canada. Our CEO was also the recipient of Ernst and Young's Media Entertainment Entrepreneur of the year for Atlantic Canada. In 2018 Other Ocean was nominated for an Emmy Award for work done in its Canadian Studios on the Rick and Morty franchise.